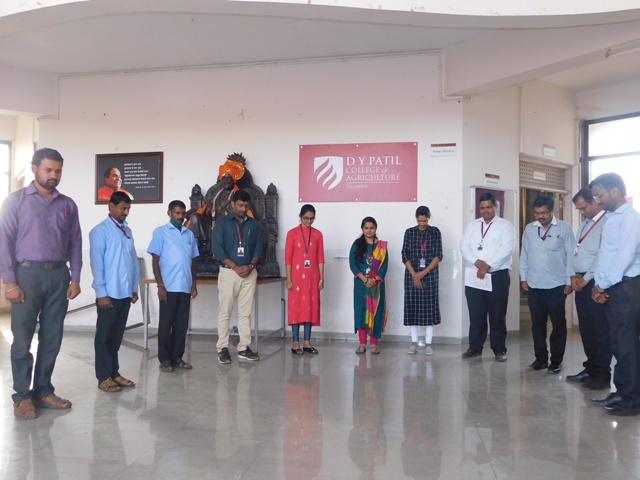 Dr. K. S. Shinde gave information that every year on the day Bapu breathed his last, Martyr’s Day is celebrated by the country. On this day, the President, Vice-President, Prime Minister, and Defence Minister gather at Rajghat to pay tribute to Mahatma Gandhi. A two-minute silence in memory of Indian martyrs is observed throughout the country.

All Staff members of college were present for two-minute silence in memory of Indian martyrs.